Halo uses 2940 nm Er-YAG to deliver 100% pure ablation between 0 to 100 microns into the epidermis and 1470 nm diode to deliver 100% coagulation between 100 to 700 microns to the epidermis and dermis. This gives Halo the unprecedented ability to provide separate treatments to the epidermis and dermis Orion Aesthetics uses the best laser skin treatment machine in USA called Sciton Joule. We feel we are the best in the greater Sacramento area in using the laser technology for skin anti-aging, contracting loose skin, thickening thin crepe skin, best scar treatment with the use of Pro-fractional laser. Dr. Hartej Uppal, MD, has extensive experience in laser skin treatments and Dr. Uppal is the best laser skin specialist in the greater Sacramento area. We at Orion Aesthetics treat solar damaged skin, skin with unequal color or loose skin with HALO fractional skin laser.

HALO can treat all skin types, on face and body. Popular off-face treatments include: neck, chest, arms, hands, and legs. HALO by Sciton sets the standard for the future of laser resurfacing by providing a safe, tunable, and effective long-term hybrid option for resurfacing treatments. 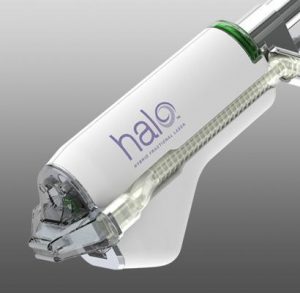 Hybrid Fractional Lasers offer a customized treatment with maximum results and low downtime. HFLs work by delivering ablation sequentially followed by coagulation to the microscopic thermal zones. HALO has two lasers that work together and is very rare in Cosmetic Dermatology in the same treatment spot. A fractional treatment, (whether ablative or coagulative), allows the epidermis to heal quickly as long as the dermis remains intact. This is because basal keratinocytes can migrate across the fractionated holes quickly. When less than 100 microns of ablation is used, the epidermis regenerates within 24 hours. The ablated epidermis is allowed to heal quickly while the coagulated dermis regenerates more slowly over a period of 7 days.

HALO TECHNOLOGY AND MECHANISM OF ACTION:

Adding tunable ablation to a non-ablative treatment creates varying effects when different levels are used. Using 20micron ablation of the epidermis causes faster clearance of microscopic epidermal necrotic debris (MENDs). If you ablate close to 100 microns, it seems to create a synergistic wound healing response which gives you ablative-like results with non-ablative downtime. During a non-ablative treatment, a column of the skin is heated to a temperature that causes necrosis of the epidermis and denatures dermal collagen. In the first 24 hours, the basal cell layer regenerates across the MTZs, under the necrotic epidermis, and then proliferates upwards, expelling the necrotic tissue. This necrotic tissue becomes small packets of debris, which are called microscopic epidermal necrotic debris, MENDs that are trapped under the stratum corneum, taking between 2 to 7 to days to clear.

Performing a 20micron ablation followed by coagulation allows faster removal of MENDs. By removing the stratum corneum, the MENDs are free to exit the skin within a day of forming. This results in 1 – 2 days faster healing time as compared to non-ablative treatments. Ablating tissue creates a stronger wound healing response than just coagulating the tissue. This wound healing response can be leveraged by adding more ablation during a Halo treatment. Adding up to 100 microns of ablation removes some of the tissue that would otherwise be trapped near the surface, eliminating any MEND formation and limiting adverse events near the surface. In addition, the increased wound healing response in ablated tissue has a synergistic effect when combined with coagulated tissue though activation of Activator Protein 1 transcription factor leading to upregulation of Matrix Metalloproteinases, which drive dermal remodeling. The combination of the ablated epidermis inflammatory response with the denaturing of the dermis’ collagen probably accounts for the greater, ablative-like results that are seen with a hybrid fractional treatment.

Adding tunable ablation to a non-ablative treatment creates varying effects when different levels are used. Low levels of ablation (up to 20 microns) cause faster clearance of microscopic epidermal necrotic debris (MENDs). Heavier levels of ablation (up to 100 microns) seem to create a synergistic wound healing response. The clinical effect is ablative-like results with nearly non-ablative-like healing.

Beyond the hybrid technology that makes HALO so unique are many features that help improve usability and safety.

HALO offers the flexibility of completely turning off ablation for users that are not qualified to use an ablative laser (state by state regulation) or for those looking for the simplest laser treatments. Both the ablative and non-ablative laser wavelengths can be delivered in the same pass, and many permutations of depths and density coverage are possible.

Dynamic Thermal Optimization (DTO) is built into HALO to automatically adjust the power of each individual 1470 nm pulse based on the temperature of the patient’s skin. This feature makes HALO the most precise, safe, comfortable, and consistent non-ablative technology on the market.

The high-speed optical navigation system on the HALO hand piece captures the motion of the hand piece hundreds of times every second to track the speed with extreme precision. Combining the optical navigation with sophisticated software to map the patient’s skin, the safety of the treatment increases and creates a consistent treatment from beginning to end. 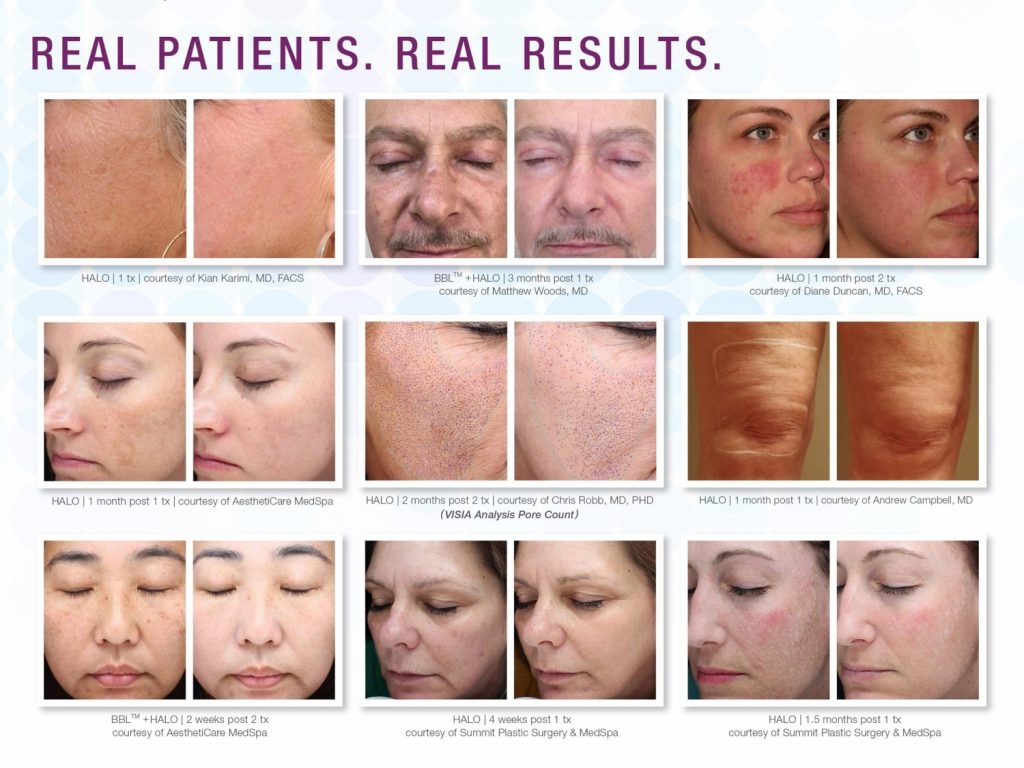